Phantom of the Operating Room

Voice on the Wind

For half her life, Brigit cared only to be married. Jilted at the altar by her lecherous fiancé, she spent the rest of her life stoking her hatred for womanising men. Her self-appointed role as a ghost is not hard to guess.

Brigit is a banshee. In life, she was a hopeless romantic who dreamed of being married. Though she was eventually betrothed, her husband-to-be never came to the wedding. Driven insane by his infidelity, Brigit was institutionalized in Gravenville's asylum. However, during a storm, she escaped from her room and, obeying the voices in her head, climbed on to the roof and allowed herself to be struck by lightning. Her spirit now lingers on a slab in the hospital's morgue, desperately seeking revenge against philandering men.

Brigit can be unlocked in Phantom of the Operating Room. To be convinced to join your team, she must get her revenge on a cheating man - Dr. Seth Greenwood - who must be lead to the morgue and made to examine Brigit's slab. Throughout the mission, Seth will visit various nurses in private areas to make out with them. Thus, the best way of getting him to go to the morgue is to scare away all of the hospital's nurses. This can be made easier by having a sandman use Sleepwalk on him if he falls asleep, preventing him from ever getting scared away until you make the sandman stop using Sleepwalk. Seth will then settle for trying to seduce the mousey and mentally disturbed Dr. Cathy Whinnery, who spends all her time sitting alone in the morgue. When Seth's advantage gets rejected by Whinnery, use Brigit's power Strange Vision to trigger the cutscene that instantly scares Seth away and unlocks Brigit. 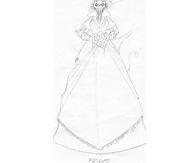