Edit
watch 01:36
We're Getting Mutants in the MCU - The Loop
Do you like this video?
Play Sound

What Lies Over the Cuckoo's Nest?

A creature formed from the sticky darkness that gathers in the forgotten corners of the human soul, the Darkling has been trapped in a nether world for centuries, and now knows only hunger.

The Darkling is a shadow. It is an ancient spirit of evil who Dr. Krauss wants to use in his own megalomaniacal schemes. The professor first attempted to summon the Darkling in his remote cabin using dark rituals which led to the death of his wife. Three of his students - Bruce Elm, Richard Getley, and Sarah Knowby - would later investigate the cabin and, with the Ghost Master's unseen guidance, discover and use the ritual book, partially summoning the Darkling and losing their souls and minds in the process. Later, three film students - Mike Sanchez, Josh Myrick, and Heather Myrick - would go on a search for the cabin. Guided once again by the Ghost Master, the three mortals find the tome and repeat the ritual, fully summoning the Darkling. Unfortunately, the Darkling is immediately caught in a trap set by Dr. Krauss, who transports it to his laboratory above the Gravenville asylum, puts it in a containment field powered by the brain power of insane patients, and begins to study and - eventually - worship the evil entity.

Unlocking the Darkling is one of the overarcing goals of the game; all three acts of the game end on a mission where the Ghost Master attempts to free the Darkling. However, it can only be done in What Lies Over the Cuckoo's Nest?. To free the Darkling, all five of the beams powering the containment field must be broken. Having a pair of ghosts use Rain and Typhoon will cause a bolt of lightning to strike the asylum roof, causing all the doors to fly open and letting the patients out. This will cause four of the beams to stop but the last one belongs to Bruce Elm, who's completely comatose. Getting him to leave the room involves getting a sandman into the red ward, binding them to Bruce, and making him Sleepwalk out. This can be done by having a mortal carry an Ethereal Gift or Trojan Gift containing the sandman into the ward or by having another sleeping mortal Sleepwalk up to the asylum floor. 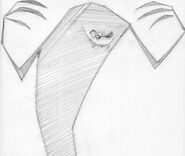 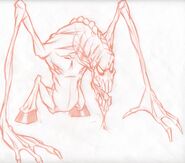